Congratulations to John Lea and Celia Popovic who have been added to the SEDA Roll of Honour.

John has, through his sustained commitment to educational development, made an outstanding contribution to the sector. His national, strategic-level work with SEDA has opened up access to educational development for teachers in the post-compulsory and college HE sectors. John has an extensive research record and he has been at the centre of reappraising and shaping the way in which college-based HE considers the concept of scholarship through writing, editing and commissioning college HE publications. He was a driving force in the development of SEDA’s ‘Supporting Higher Education in College Settings’ course and his advisory role on SEDA’s Papers Committee ensured SEDA offered publications suitable for HE in FE. John has been a tireless advocate for educational development and scholarship and has been an inspiration to colleagues in college HE settings. through his work in this area he has exemplified SEDA’s values.

Celia has been a key figure in SEDA for many years and, even based in Canada, she has continued to make rich and varied contributions to the work of SEDA. Through being deputy editor of the SEDA journal Celia has been able to champion the dissemination of evidence-based practices to enrich student experiences in diverse contexts. Her Programme Leadership of SEDA’s Supporting and Leading Educational Change course has enabled individuals working in a range of settings to be recognised as Fellows of SEDA. Celia is passionate about what she does and she continues to make a difference to the educational development community as a whole. We are delighted to include her on the SEDA Roll of Honour.

Looking for an Editor for the SEDA Blog 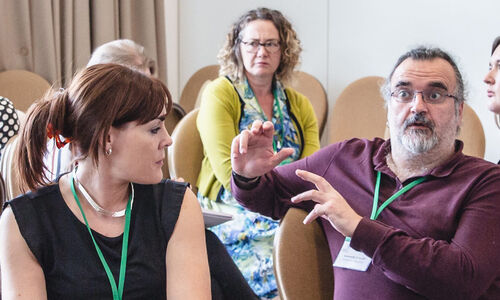