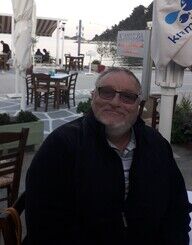 Although now retired Maurice has continued to retain his interest in educational staff development.

After graduating Maurice started his career in local government. Working at South Yorkshire Country Council working in a variety of posts. Most of his time as spent working closely with Senior officers and Councillors servicing Council Committees. These included the contentious Passenger Transport and Police Committees. Both services faced their own issues; Passenger Transport with their desire to make public transport in South Yorkshire free to all. The Police Committee with an expansive building programme whilst responding to the famous Scarman report into community policing.

Maurice left the Council when its fellow County Councils were abolished in the mid 1980s. He moved to Sheffield City Polytechnic (later to become Sheffield Hallam University) and his first role was to become the Polytechnics Examination Officer. This was the start of his interest in Educational Staff Development. To further this interest he became Manager of the University’s Learning and Teaching Institute. The Institute also held the Educational Development Research Institute and fostered and funded Educational Developments throughout the University. The Institute also administered the nationally funded Enterprise programme.

The Institute was eventually merged with the Department for Library and Learning Resources. Again the change meant Murice’s role widened into a departmental role. He was at various times responsible for the extensive Learning Centres Development programme, Admin Computing, front of house student services and Sheffield Hallam University Press. He also helped develop research projects into learning spaces, Identifying how Learning Centre and University communal space could influence student learning. He chaired a University group looking at developing communal space across the university to facilitate learning. Maurice ended his career as Head of Development Services in the Learning Centre.

Maurice has worked as a part of SEDA for over 25 years and is currently a member of the Conference Committee and SEDA Treasurer.