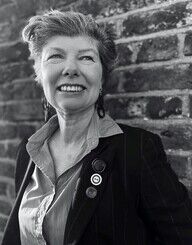 I arrived in HE by a path that might appear circuitous but on closer examination shows the emergence of major themes in my career. My first career was in nursing and specifically in cancer and palliative care: both fields requiring good communication skills and emotional support, as much as care and technical skills. This collegial attitude and my desire to learn from others, whether learners, colleagues, or other academic developers, is an enduring feature of my professional life. Intrinsic to my work is the importance of connecting, collaborating, and networking with others; recognising  how my professional learning and performance is continually enhanced by this. These values are embodied in my record of transformational change to improve teaching and learning in hard-to-reach places such as academic development and maritime education.

Since moving into HE in 1995 I’ve worked in four UK universities, initially as a nursing lecturer, and then fourteen years in academic development. I have held a number of  influential leadership roles which include:

As the first in family to stay on at school after the age of 15 years I believe in the transformational nature of higher education so have dedicated my career in equal measures to enhancing the student experience, supporting staff and supporting other academic developers.Signature pedagogies, allyship and applied learning being central to my practice most recently in a maritime context. This culminated in the CEO of the Maritime and Coastguard Agency (MCA), which is the PSRB of the sector, approaching the Dean of the School to discuss the possibility of my secondment to MCA and with the mutual agreement between the two institutions I started my secondment role as Assistant Director for Modernising Maritime Education in January 2021.